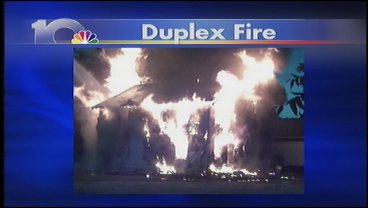 Witnesses say firefighters responded very quickly to the call. Concerned residents contacted the fire department after the fire was extinguished to report smoldering, but firefighters stated that it wasn't anything to be concerned about. Eyewitness, Gary McCracken's house also received significant siding damage because of the blaze. Firefighters still do not know what caused the incident.