ME Report Released in Homicide/Arson Investigation 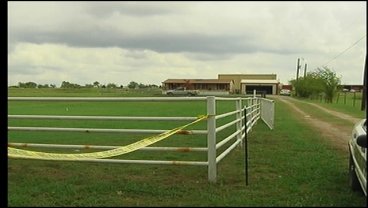 GRAYSON COUNTY, TX -- Authorities release new details surrounding a tragic fire in Grayson County on Monday. The blaze lead to the discovery of three dead bodies. Brian Ritchie, Misty Ballou and her sister Cassandra Ballou were found dead. Their deaths have turned this into a homicide investigation. Deeda Payton has the details from a preliminary report from the medical examiner.

New Wednesday, a preliminary report from the medical examiner reveals that all three victims were shot and two were even stabbed. The oldest of the two female victims was pregnant at the time.

Authorities have confirmed that all three people were killed by either gunshots or stab wounds before the mobile home was set on fire. They have also confirmed that an accelerant was used and poured throughout the home in what they believe was an attempt to destroy the evidence or cover up the crime.

A homicide and arson investigation started Monday morning when authorities came across the bodies of the three victims. Since then, sheriff's deputies have been working around the clock with the Texas Rangers and crews with the ATF to figure out exactly what happened and while they now know it was the act of an outsider or multiple outsiders they still haven't made any arrests. "Did the person or persons responsible, were they targeting one person in the home or were they targeting all three people inside the home. Once we kind of narrow that down then we can come up with a motive," said Sgt. Rickey Wheeler of the Grayson County Sheriff's Office.

Authorities say even though the fire was set intentionally the three agencies investigating this case have recovered over 100 pieces of evidence from the crime scene. It's evidence they believe will help solve the crime, but they are still asking for information. Anyone who knows anything about this case is urged to call the sheriff's office at 903-813-4200, ext. 2259.