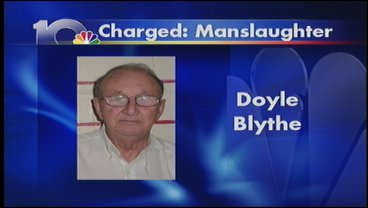 After riding his bike across the street from his Antlers home about a month ago, he was fatally hit by an SUV.

Former Judge Doyle Blythe has been charged with first degree manslaughter by the Pittsburg District Attorney's office Friday morning with a $5,000 bond.

However, Blythe was released from the Pushmataha County Jail on a personal recognizance bond, meaning he has been released as long as he shows up on his court date.  After paying only $37.50 in administrative fees, he's no longer behind bars.

Mother Laura Harralson said she witnessed her son Riley being hit by the SUV.

At the time, the driver was behind the wheel with a suspended license. Family members say that they want the speed limit to be enforced in their antlers neighborhood so this doesn't happen to another child.

The Pushmataha county office recused themselves and asked for a change of venue. The case was handled by the Pittsburg County District Attorney's office.