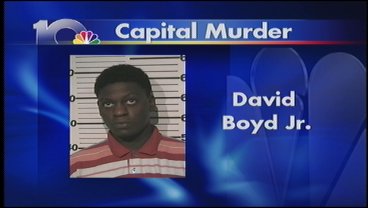 SHERMAN, TX--A Sherman man has now been indicted for the murder of Alan Gravette.

19 year old David Boyd JR was indicted Thursday on charges of capital murder in the shooting death of Gravette.

Back in May, an officer with the Sherman police department was called to the scene of a car accident.

When the officer investigated, he found Gravette, who was from Whitesboro, shot inside his car.