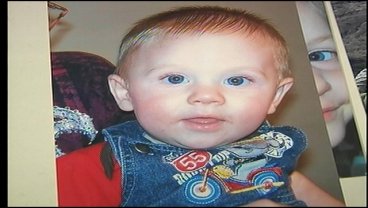 The circumstances of this case are just heartbreaking.  The Grayson County DA promises a full court press for the man now accused of murdering one year old Gabe Goshorn.  Joe Brown's office officially charged Micah Duncan with capital murder Tuesday.  He's remained in the Grayson County Jail since being arrested last week.  It was just last week that little Gabe was found unresponsive.  Goshorn's family claims Duncan was the last person seen with Gabe.  Duncan claimed Gabe fell from a high chair.  But DA Joe Brown now believes he has enough evidence to take this to trial as a capital murder case and he won't rule out seeking the death penalty.  "It's way too early to tell about the death penalty.  We have to look at the history of the subject.  We have to look at the autopsy and exactly how things happened.  A lot of things play into that and we're weeks away from making that decision," said Brown.  Duncan remains in the Grayson County Jail.  His bond was increased to $750,000.  Funeral services for little Gabriel will be Thursday at 10am at the Bratcher Funeral Home in Denison.