Deputy Fire Chief To be Hired in Durant 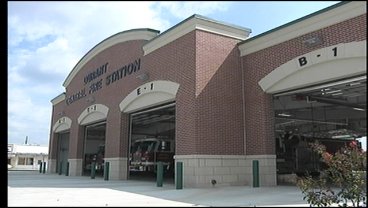 DURANT, OK -- A new position has been created at the Durant Fire Department, Deputy Chief. The city council approved the new position at Tuesday afternoon's meeting. Deeda Payton has the story.

City Manager, Jim Dunegan, says the council voted to create the position of Deputy Fire Chief. He says they hope to name that person in the coming days.

Chief Dow says each year the Durant Fire Department responds to about 2200 calls, and he says they need more manpower. That's why he asked the city to create the position of a deputy fire chief. "Training requirements have increased so significantly. We've taken on the role of running on ems calls inside the city of Durant. Our call volume has greatly increased," said Fire Chief, Steve Dow.

Chief Dow is also hoping to increase manpower and decrease overtime by hiring three more firemen. The council also approved the department's request to apply for a federal grant that would help afford the additional firefighters.