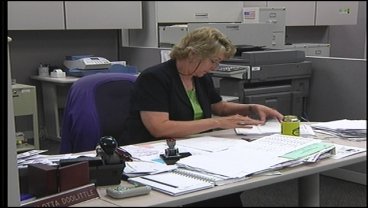 SHERMAN, TX -- A new record when it comes to how much working women earn compared to men.  The Bureau of Labor Statistics Tuesday released numbers that show women now earn about 83-percent of the average weekly wage of men.

That's up about 6-percent in the last decade and is the highest ever recorded.  Workforce Texoma's Bob Rhoden says many women are prospering in this economy, while many men have been  hit hard by the recession.  "The manufacturing sector has been hit pretty hard as we know in our country.  A lot of the males who made a lot of money in manufacturing type jobs are not making those wages that maybe they were before.  And I think those things would probably contribute to that as well," Rhoden added.  Thursday, The Census Bureau will release a more detailed look at earnings differences between men and women.