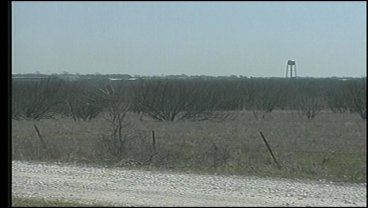 GRAYSON COUNTY, TX -- Now to a murder case in Grayson County. Friday two men were sentenced to life in prison. Deeda Payton has the details.

In March of 2009, a Sherman man was found dead, abandoned in a pasture near Southmayd in Grayson County. The victim was 27-year-old Bobby Mathenia. He was beaten and murdered.

"Well it was a good resolution. It was a brutal crime and certainly the death penalty would have been appropriate too, but with all the considerations of getting the case over, having it final without the ability to appeal or a technicality to overturn the case," said Grayson County District Attorney, Joe Brown.

Dustin Mullins and Chris Blythe pled guilty and received a life sentence. They will be eligible for parole in 30 years.