Arrest Made After Murder in Fannin Co. - KTEN.com - Texoma news, weather and sports

Arrest Made After Murder in Fannin Co. 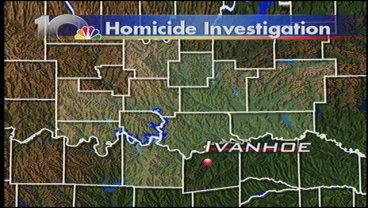 FANNIN CO., TX -- Fannin County Sheriff's deputies arrested an Ivanhoe, TX man Saturday, after the body of another man was discovered in a house on County Road 2250.

Saturday afternoon, deputies responded to an assault and possible homicide on County Road 2250 near the community of Ivanhoe, north of Bonham.  When they arrived deputies found the body of Michael Davis of Telephone, TX.  Deputies then arrested Russell Brandon Lyles of Ivanhoe and charged him with murder.  He remains in the Fannin Co. jail.  Fannin Co. Sheriff's deputies and Texas Rangers continue to investigate the case.