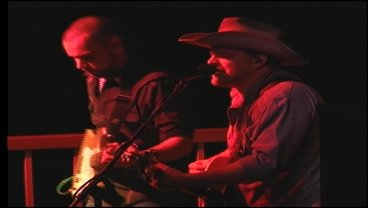 DENISON, TX--Those enjoying their Labor Day weekend weren't just boating. Many Texomans got to see a country musician who stopped in Denison.

"Favorite thing about being a musician--probably traveling," Josh Abbott said. "I mean, we get to see a lot of the countryside, not just here in Texas, but across the country so it's just really cool to see the mountains of Colorado and New Mexico--been out to Arizona. Of course, Texas itself is just awesome."

Nearly 100 people came to see the band perform.
Abbott says he'll be getting married this November.