Ardmore getting ready for Ada 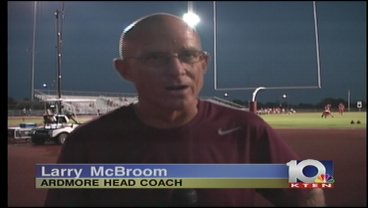 ARDMORE, OK -- This Friday night we will get to cover both sides of the river, and Oklahoma starts with its version of the Battle of the Ax: the Ada-Ardmore game. This Friday Oklahoma joins the schedule for Friday night games, and there is no better way to kickoff their side of the season than with the annual Ada-Ardmore game. The Tigers head coach Larry McBroom knows he has a tough first week ahead of him.
This year Ardmore hosts Ada, and after the Tigers three-point loss to their rivals last year, this should be a great game.