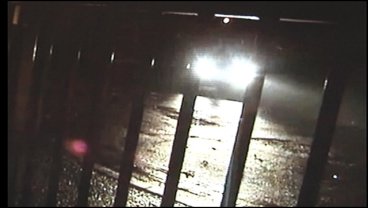 DURANT, OK -- 54% of female victims reported stalking to police before they were killed by their stalkers. That fact has Bryan County officials taking action. Deeda Payton reports on how local law enforcement officers are addressing the issue.

The Durant Police Department has teamed up with the local crisis center to develop a written protocol for cases of stalking. Basically how to handle a situation and take it seriously without lumping it into harassment or some other charge.

Stalking is commonly defined as a course of conduct that would cause a reasonable person to feel fear. It's a definition that victims' advocates say is very hard to prove in court.

With today's technology, examples of stalking are endless from being followed to being tracked on the Internet. That's why Bryan County Officials are stepping up and writing protocol to help the victims and put more pressure on stalkers. "It's just basically guidelines to look at, what questions to ask what steps need to be taken in the area of stalking," said Lt. Carrie Wyrick with the Durant Police Department.

"Basically we are wanting to give law enforcement officers some force and some teeth to toughen up the laws and to take this seriously and to understand what it is so they can take it to the D.A. With a very good case of this is stalking and not just harassment," said Anna Cahill an advocate at the Crisis Control Center in Durant.

Bryan county is the first county in Oklahoma to try and pass this type of written protocol. The written protocol will be presented at the statewide partnership conference in Norman September 8th. We'll let you know what happens.