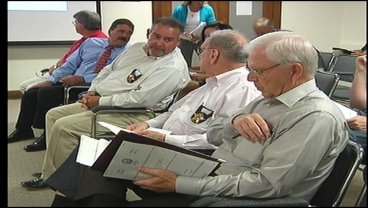 SHERMAN, TX--The 2011 budget is still being finalized, but Grayson County Commissioners say it should be finalized by September 7th.

Monday was the first open forum for tax payers to discuss the rate at the Grayson County courthouse.

"Well, we have to watch our dollars like we do at home, but if you're appraisals go up, you can leave that tax rate the same. Possibly--there have been opportunities to lower it, it doesn't happen very often," David Whitlock said, Grayson County Commissioner Precinct 2.  "I've seen it happen one time in the last 10 years, but the following year it had to be raised, so we're fortunate to keep ours at 49 cents."

Another public meeting will be this Thursday at 6:00 PM.

The Grayson County tax rate has remained the same for eight years.