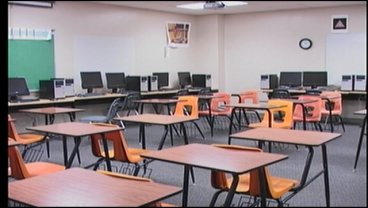 ARDMORE, OK -- More than 10,000 cases of bullying have been reported in school districts across Oklahoma. Now an Oklahoma lawmaker is standing up to these statistics and pushing for harsher policies in schools. Deeda Payton reports.

Bullying isn't anything new, but State Representative Anastasia Pittman says it has gotten worse in the last few years. Pittman says school districts need to keep a record of bullying reports. That way the reports would follow bullies through their school years and if and when they transfer to other schools and districts. "Now what do we do to prevent children from feeling worthless or feeling invisible that no one sees them when they're in pain," said Pittman.

Some local educators agree. "We try to work on multiple levels in regard to this issue because when they're worried about someone picking on them," said Ardmore High School Principal, Bobby Upshaw.

Pittman's proposal would also include follow up reports on bullying thirty days later. This is to assure that the problem has stopped and is not just brushed under the rug.