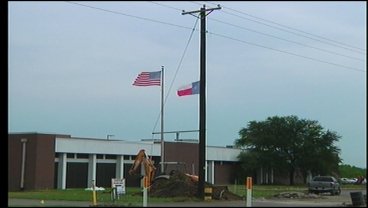 DENISON, TX --  What could be a big economic boost for the City of Denison.  It involves what used to be the Terex Corporation, or once Reedrill, one of Denison's largest employers.

Back in February, Bucyrus International, a world leader in the design and manufacturing of mining equipment, bought Terex.  Since then, the company's steadily been adding dozens of new jobs at its Denison facility.  KTEN's learned exclusively that Bucyrus plans to expand the Denison operation even more in the near future.  In fact, video KTEN shot Wednesday shows some of that expansion already going on.  The official announcement is not expected until Friday.  But KTEN learned Bucyrus does, in fact, plan to invest more capital into the production.  Ultimately, that means more jobs.  Bucyrus is one of the area's largest employers and local officials say jobs at Bucyrus are among the highest paying in the area.  Again, an official announcement on the expansion of Bucyrus in Denison is scheduled to be made this Friday.  Of course we'll be there and we'll keep you updated.