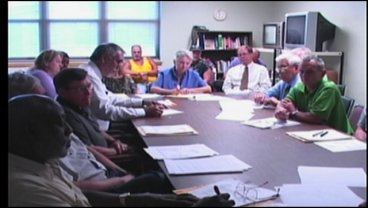 ARDMORE,OK--Some citizens in Oklahoma are upset over the temporary closure of Vantage Pointe.

The board for Mental Health Services of Southern Oklahoma voted on Tuesday night to close the popular drug rehab while they look for a new staff position.

New state regulations require drug rehabs to have a licensed, mental health professional on site at the facility.

Vantage Pointe does not have that position.

The facility only has four beds filled now.

"Our contract was reduced last year, last fiscal year, from twenty beds to sixteen beds. Sixteen beds is our break even point where we can keep the lights on, the staff paid, meals bought," said Robert Lee.

"I know the financial aspects of it. I know there's a money situation to it, but it's needed. I mean, it is something that is very needed in the state of Oklahoma. They need more rehabs not less," said Brian LanCaster a Vantage Pointe Alum

"I know a lot of people whose come through here that's rebuilt there lives, has rekindled relationships with their children," said another alum David Decker, "this place don't need to be shut down."

Some citizens said the board could have shuffled staff between their two offices in order to keep the facility open during the hiring process. Lee says that is not a viable option.