Women Busted for Pot With Kids in the Car - KTEN.com - Texoma news, weather and sports

Women Busted for Pot With Kids in the Car 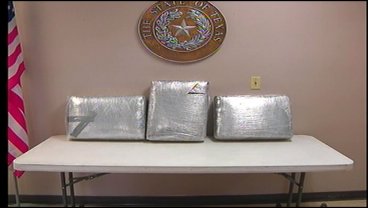 GRAYSON CO., TX -- Grayson Co. Sheriff's Deputies busted two out-of-state women with 60lbs of marijuana.  When deputies pulled them over, there were also three infants in the car.

It went down Monday on Highway 75 in Sherman.  A Sheriff's Deputy pulled the vehicle over for a traffic violation.  The deputy ran a background check on the female driver and discovered she had prior violations for trafficking illegal narcotics.  The Deputy took the driver, a passenger and three young infants back to the Sheriff's Office.  There, deputies searched the vehicle and found three, 20lb packages of marijuana.  Sgt. Ricky Wheeler says it shows the lengths some people are willing to go to to transport drugs.  "Then all of a sudden you see a car go by and it has 2 or 3 car seats in there with children in the car and you typically think they're on vacation or traveling from point A to point B and they won't have narcotics in the car, but this just goes to prove that people will go to any means to transport their drugs," he said.  Stephanie Lower and Christina Jones face several charges including possession of marijuana, child endangerment and possessing false IDs.  They each remain in the Grayson County jail on 105-thousand dollars bond.