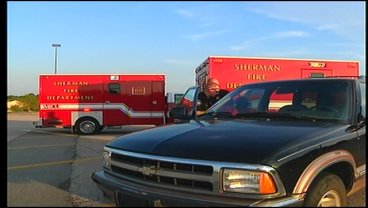 SHERMAN, TX--It's been banned by cities across the country even some in Texoma, like Van Alstyne. K-2, a synthetic substance that's being used by teens, in order to get high.

A few Texoma teens are in the hospital after allegedly overdosing on the substance.

Authorities say three teenage boys were smoking K-2 in the parking lot of Dillards at Midway mall in Sherman, when they started to feel sick.

One of the boys called his mom to tell her about it. She then called 911.

The teens were taken to Texas Health Presbyterian Wilson N. Jones. No word on their condition.

No charges are expected to be filed against the teens. K-2 is legal in Sherman.