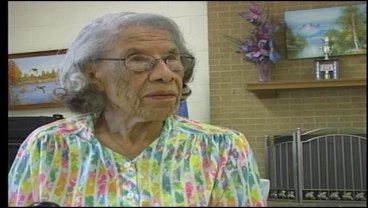 ARDMORE,OK--Of course, who can tell the stories of history better than those who lived it?

Almeada is the youngest of 14 siblings and the only one still living.

For her birthday, Almeda spent time at the Ardmore senior nutrition center playing the piano and going out to eat with her nephew.

"I say sometimes, I don't know what he's leaving me here for. I don't know, but he knows. You just have to be good to people, treat everybody right," Roberts said.

Roberts has very few family members still living, but she said her friends at the nutrition center have been very good to her.