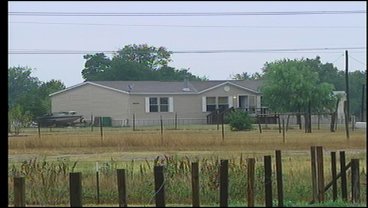 ANNA, TX -- Those who live near Patrick Sharp, the suspected McKinney shooter, are speaking out. With national attention and a federal investigation right in the heart of their small north Texas community of Anna, neighbors say they are in shock. Deeda Payton reports.

The house under the spotlight is on Quantum Circle just off Mills Road in Anna. Neighbors who witnessed the authorities piling up outside the suspected shooter's house say they have never seen anything like this before. "I mean I heard about it but I never thought it'd be in my neighborhood where he lives. I never knew the guy. I drove by there everyday going to work seeing his truck in the driveway that's why it's kinda shocking to me," said neighbor, Zach Wolf.

Neighbors say they are shocked by the new and have never felt unsafe or threatened where they live.