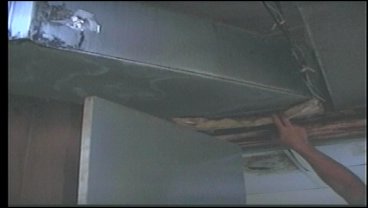 ADA, OK - - The city of Ada is asking residents to extend the penny sales tax that's been in effect for the last 27-years. Tuesday night, they held an open house to show residents why they hope the tax will pass. Meredith Saldana went to Ada to find out why city leaders are pushing for the tax extension.

Residents will head to the polls next Tuesday, the 24th, to cast their ballots.

Here's a look at some of the reasons the city says the tax is necessary.

In 1983, Ada residents voted for the penny sales tax to help upgrade the health system at Valley View Hospital.

The tax will end this year and the city is asking voters to extend the penny tax for 5-more  years.

They say there are several reasons the city needs the tax extension to pass.

Ada Public Information Officer Mark Bratcher says, "City hall was originally constructed in 1963. The police department, which is on the west side of the building, was designed to hold 10 police officers. The police department has over 30 officers now but yet the space is exactly the same."

The department now has female officers and the building lacks accommodations like a locker room for women.

Space is also a problem, officers don't have an area to meet with people in need of help so they use the hallways and evidence is stored wherever space is available.

Built in 1909, it's more than 100 years old and firefighters say they've had black mold problems for years.

Safety is also an issue.

The engines have to cross both lanes of downtown traffic to respond to calls and they also say they have to order fire trucks that are short enough to  fit into their garages.

Assistant Fire Chief Ricky Ross says, "Ada's like any other thriving municipality, they're going to continue to grow. So the needs of the fire department would continue to grow and this station doesn't meet our current needs, much less the future needs that this department might have."

If approved, over the 5-year span of the tax, it would generate an estimated $16.5-million.

The total cost of the projects the city hopes to complete, about $15-million.