Grayson County Employees to Get Raise 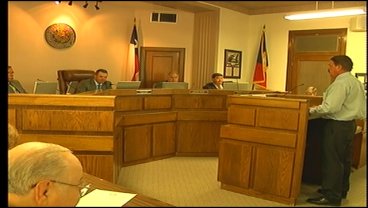 GRAYSON COUNTY, TX-- More than 400 Grayson County employees are getting a raise, but commissioners are also looking into changing the way their employees are paid. Deeda Payton reports.

The county is offering up a two-percent raise and proposing changes to the pay periods, but for some employees it isn't all good news. Some employees are concerned that the transition could affect the way they pay their personal bills.

In Monday morning's meeting, commissioners explained that they are considering switching from 24 pay periods to 26 pay periods so that its county employees wouldn't have to falsify their hours worked. The court welcomed feedback and several people voiced their questions and concerns.

Judge Drue Bynum says the county just wants to pay its employees for the exact hours they are working and the current system doesn't allow that. He says currently the hours are pro-rated. "One of the proposals is 26 pay periods instead of 24 which helps get back on to schedule. Money at the end of the year would be the same but the individual checks would be a little bit smaller so we wanted to give people plenty of time to make the necessary adjustments for that," said Bynum.

If the proposed changes to the pay periods are approved, Bynum says there will be a number of options to help employees with the transition. He says the employees will have the option of collecting their two-percent raise as a lump sum instead of blending it in monthly, and they are also offering advances in pay to make up for a short week.

The issue was tabled until next week for further discussion, but if approved would not take effect until October 2011.