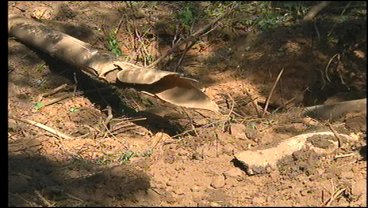 TISHOMINGO, OK-- If Tishomingo residents tried to turn on the shower Saturday morning, they probably didn't have much luck. A main close to the Tishomingo Water Plant broke early that morning, leaving many without running water.

David Cunningham knew he had to do something to help his neighbor. He spent the day delivering water to her.

City officials say the break may be due to dry ground causing the main to rupture. Citizens were soon called with Johnston County's emergency system.

The city also informed people where they can get the stuff to drink. Plenty of bottled water was purchased so it could be rationed to families.

"The fire department has a portable tanker that we have water on, and we also have surrounding communities that have tankers that's available to us, so we should be in pretty good shape on fires if something does happen," Danny Walker said, Tishomingo Fire Department Captain.

A tanker was available at the Hillcrest nursing facility--for fires or the restroom. Though drinking water was taken care of with bottles, residents who wanted to flush their toilets had to use one to three gallons of water to put in their bowls.

Jerry Ezell hasn't done his dishes since breakfast, and he says he's in need of water to flush his toilets.

"We drained our lines, and we've collected a lot of water and we've used it throughout the day," Ezell said.  "Now I'm out, so I'm getting water now to flush my toilets and to do dishes with."

Water plant workers spent most of Saturday replacing the line, hoping that faucets can soon turn back on.

"Til the water's back on (laughs)," Walker said.