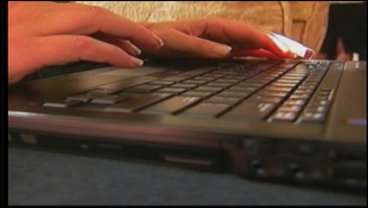 SHERMAN, TX -- When seconds count more and more people are turning to social networking sites like Facebook asking for help in emergencies. Call it a sign of the times, but whatever you call it, it's proving to work. Deeda Payton reports.

A desperate cry for help may not be your average status update, but when seconds count messages like that on social networking sites may be the best chance at survival. "In emergency situations I do believe it's a good tool to have," said Texoma resident, Tiffany Polk.

According to a survey by the American Red Cross, if calling 911 was unsuccessful, about one in five respondents said they would use digital media, such as e-mail or social media, to ask for help in an emergency. "Well there was a story about a lady using her toes. She was tied up and kidnapped and yea whatever. Use whatever you can," said Texoma resident, Diane Lingo.

The incident she is referring to happened in Atlanta, Georgia. A woman was tied up and robbed and was able to get help by using her toes to type an instant message on a computer to her boyfriend.

Not only are people asking for help on social media sites, some Texoma residents say they would also help their fellow Facebook friends in need. "I would, I would. If I saw on their status hey I need help can you come get me sure I'd be there," said Polk.

About three-quarters of those surveyed said they would expect help to arrive within an hour if they posted a request for help on a social networking website.

Now, the survey doesn't indicate that these desperate messages are replacing 911 calls, but it does show that people feel comfortable and safer knowing there are hundreds of people checking and reading their updates, people that could just save their life.