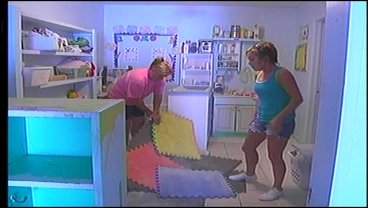 DURANT, OK - A Texoma daycare is closed after being damaged during an overnight burglary.

Durant Police were responding to a burglary alarm at a pawn show Thursday morning when they discovered the Footsteps 2 Learning daycare nearby was also broken into. The fire extinguisher had been set off and caused so much damage, authorities determined it wasn't safe for the kids.

The business must be cleaned, until it is given the okay. The owner says she was looking forward to picking the kids up from their first day at school.

As far as police can tell, nothing was taken, except two fire extinguishers. They are still investigating both burglaries.