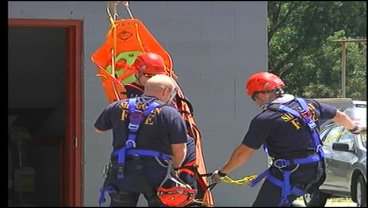 Tuesday was day two of high-angle and confined space rescue for Sherman firefighters. The firemen say this type of training is important because of the growing number of high-rises in our area. "We're doing a 12-day class with tech level training which is the highest level training in high angle rescue and confined space rescue," said Chief Instructor, Brad Warr. "We have a lot of our commercial industry that have these confined spaces so we'll be better equipped and better trained to facilitate a rescue in one of those type of events," said Sherman Firefighter, Nathan Huffman.

The training is all being paid for by federal grant money. The department received about $160,000 and have spent nearly $50,000 on the high-angle rescue.