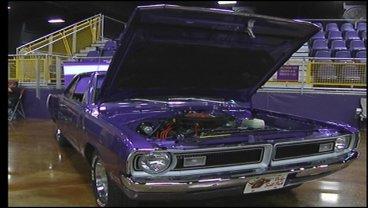 DURANT, OK-- Car lovers from all over the country have gathered in Durant to compete in Autofest 2010.

From Ford Model T's to Corvettes, there are plenty of engines and sound systems to see at the Choctaw Event Center this weekend.

Contestants are competing for various cash prizes of up to $2,000. There's also a drawing for a $5,000 cash prize.

The event also had vendors and children's activities. So far, there are about 100 vehicles in the show.

Car entries are still being accepted until noon Sunday.