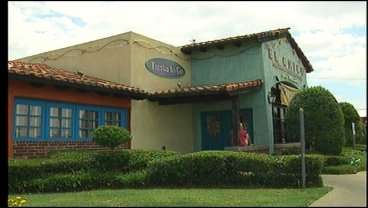 SHERMAN, TX--Eleven teams are in Texoma for their world series.

The Dixie Darlings World Series started Saturday, but the home team got to take it easy, because their first game isn't until tomorrow night.

After their morning practices, the Denison Darlings took a lunch break at El Chico in Sherman.

The head coach said he hopes they get a good night's sleep tonight and are ready for tomorrow's big game.

"For a lot of these girls, this will be a once in a lifetime opportunity to see the girls come in from the other states and get to play at this level of ball. It's just, you know, a really great opportunity not only for the girls but the parents, the families and everybody else that gets involved in it as well," James Hill said, Denison Darlings Head Coach.

Teams from North Carolina, Louisiana and Georgia were also at El Chico.

The manager said the Dixie World Series has been good for business.