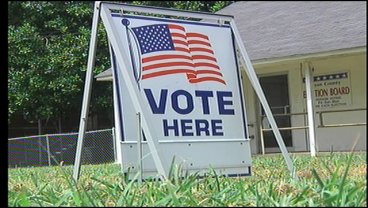 OKLAHOMA -- On the eve of election day, we are breaking down some of the key races in the Oklahoma primaries. Deeda Payton has a closer look at the race for Governor of Oklahoma which is an open office since Governor Brad Henry term-limited out.

Oklahoma voters have some big decisions to make in the 2010 primary election. In the governor's race, democrats will choose between Jari Askins and Drew Edmondson.

Edmondson is the current Attorney General. He was born in Washington, D.C. and grew up in both Washington and Muskogee, OK.  He is the nephew of former Governor J. Howard Edmondson. He has been quoted as saying "energy is the key to economic growth."

On the republican side, voters will choose between four candidates. Randy Brogdon is currently a State Senator and an Ardmore native.  Brogdon is also the first state senator in twenty years to receive a 100 % mark on the Conservative Vote Index.

One of his opponents, Congresswoman Mary Fallin, is from Tecumseh, OK. Fallin was the first woman and first republican elected Lt. Governor of Oklahoma.

Roger L. Jackon and Robert Hubbard are also on the republican ticket for governor.