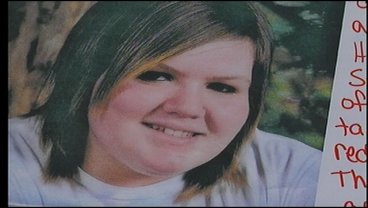 ATOKA,OK--The parents of a missing Illinois teen refuse to give up. They traveled all the way to Oklahoma to find her. They think she's with a teenage boy she met on the internet.

"I've even told her--Cola, these people can be anybody," Ladonna Hammond said, mother. "You don't even know who they are."

Nicola's parents, Ladonna and Tom Hammond, say that their daughter went missing. They believe that the teen she met on the web, Harbour--and his mother--picked Nicola up in Illinois in the middle of the night not far from her home.

"I just didn't hear her--and I told Tom I heard so many noises that night," Ladonna Hammond said.

Ladonna said she thinks Nicola's self image may have compelled her to seek attention on the internet.

"She has cried so many times to me because of her weight, and now she looks and thinks that she's ugly and she's not---and we just think 'Cola meeting these people on the internet made her feel good and Marty had said everything to Nicola that she wanted to hear," Ladonna Hammond said.

Tom and Ladonna don't want to point fingers at Harbour, but they do want answers from his mother.

Nicola is 5' 11" with brown hair and brown eyes. Harbour is described as 6' 3" with bright pink hair and blue eyes.

A family member is offering a $5,000 cash reward for Nicola's safe return.

If you have any information, please call the Atoka County Sheriff's Office at 580-889-2221