Fundraiser for Live Music in Durant 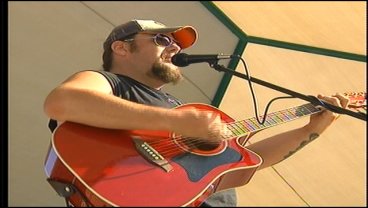 For the first time this summer, the "Music on Market Square" in downtown Durant was tied into a bigger fundraiser for the whole downtown.

The recently-opened restaurant "Roadhouse" used ten percent of proceeds from people's dinner tickets to help fund the Durant Main Street fund. This is the first time the restaurant and the downtown organization have teamed up, but it helps both businesses improve the area.
"We're really excited. You can sit on the back patio and listen to the music so it was the perfect location for us," said Donna Dow, the Durant Mainstreet Director.

"They kind of feel that since they're a part of downtown Durant now, that with donating money, it might bring back some of the history and help Durant downtown grow again," said Michael Stephens, a Roadhouse employee.

Stephens also said they've been a little slow on the patio since it's been so hot outside, and Donna Dow says Thursday night's music event isn't as busy as usual either. So this event is a great boost for the local economy and of course, a fun time for the whole family.