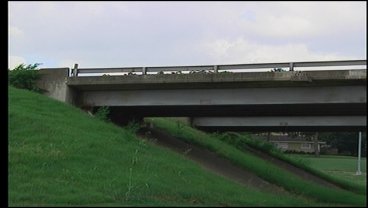 SHERMAN, TX -- TXDOT is reporting more road work that could affect your commute if you travel up highway 75 through Sherman. This time TXDOT says they will be upgrading railings at the bridges over South Travis and Washington. Deeda Payton has the specifics.

The two bridges will be worked on at the same time. TXDOT says they will replace the steel railings on the northbound sides of the bridges that cross over Washington Street and South Travis with concrete railings. "In terms of long term maintenance, every time a steel rail gets hit the repairs are more costly and it's a lot more labor intensive," said Noel Paramanantham of TXDOT.

Work will begin on the left lane bridge rails first.  The left lane will be closed beginning south of FM 1417 for approximately three miles to just north of Washington Street.  This closure will begin Wednesday, July 28, 2010, and is expected to remain closed for approximately two weeks.  Once the left lane is opened to traffic, the right lane will then be closed for the same distance while work is performed on the bridge rails on the right side.  In addition, the entrance ramp to US 75 located just north of Washington Street will be closed the entire time from when work first begins until the completion of the project.  Exit ramps shall remain open at all times.

According to TXDOT, The contractor has been granted 60 working days to complete this $230,800.00 project.  The contractor will begin setting barricades and signs on Wednesday, July 21, 2010.  The contract is anticipated to be complete by August 31, 2010.

The traveling public is requested to observe signs and to be aware of lane closures and potential temporary detours.  Caution and reduced speed is imperative when approaching these work zones due to the magnitude of the volume of traffic.  Please remember that it is against the law to cut across on to unpaved surfaces and that traffic fines double in work zones when workers are present.