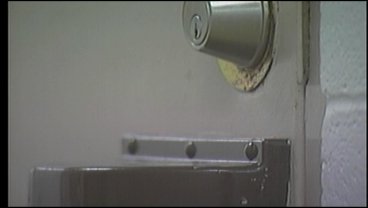 GRAYSON COUNTY, TX -- Grayson County is now accepting bids for upgrades to the jail. Last week, commissioners agreed to install a half a million dollars worth of security features into the existing jail. As Deeda Payton reports now they are moving forward with the plan.

Commissioners say it'll take about a month to get the proposals to retro-fit the jail with the communications and security systems. It's not a quick process, but they say it is coming at a good time because they are about to begin the budgeting process.

The upgrades to the existing jail were discussed at the commissioner's meeting Monday morning. The court voted to solicit proposals from multiple companies. Judge Drue Bynum says they already have one proposal for $500,000 and are looking for others.

Bynum says the security and communications system is extremely important and uprading the system is one of the suggestions the jail commission has made during inspections. "it's one of the items that if it goes down it truly can shut the entire jail down. Then we would be faced with either shipping the inmates out of county or posting correctional facility guards at each pod which runs into the tune of thousands of dollars of overtime," said Judge Drue Bynum.

Bynum says it could take up to four weeks to accept a bid for upgrading the security system and installation could take another three months.