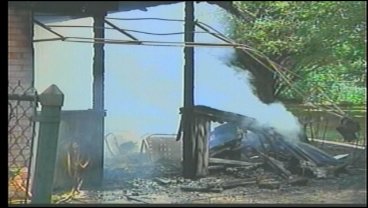 Just after 2 p.m. today, fire crews responded to a house engulfed in flames in the 1600 block of Frances in East Durant. Once the fire was put out, crews found that someone was inside the home during the blaze.

The house fire scene was cordoned off with crime scene tape and the investigation has begun.