Texoma Woman Tries to Debunk the Myth of the Chupacabra - KTEN.com - Texoma news, weather and sports

Texoma Woman Tries to Debunk the Myth of the Chupacabra 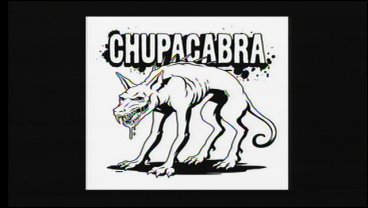 GRAYSON COUNTY, TX -- Have you ever heard of the "Chupacabra?" It's been called the "Bigfoot of the Latino Culture," but a Texoma woman is debunking the myth claiming it's actually a rare dog breed and she owns one. Deeda Payton reports.

The woman called us after she saw a story we aired Monday night about a man shooting what he thought was a Chupacabra, but she says he shot a dog that looks just like her dog which is a Mexican Hairless.

You might think the calling of a Chupacabra would be asking for trouble, but Kris Zedler says she's just calling her dog, Xoxo, that just so happens to share similarities with the mythical blood-sucking creature. "It's the same, it's my dog. It's a variation of my dog because they come in a lot of different variations," said Zedler.

Xoxo is a Mexican Hairless which is a rare breed of dog that comes from Mexico where many of the first Chupacabra sightings were reported. "The first I heard about a Chupacabra was about three years ago and then here lately there's been shows on TV about mysterious monsters, so the hype is getting bigger and bigger," said Zedler.

Recently KTEN aired a story about a Hood County, TX man who thought he shot a Chupacabra, but Zedler says he shot a dog. "They showed a picture of a dead one and I was like oh my god that's a Mexican Hairless, that's my dog!"

Now she says she's worried that her pet will get mixed up in the myth. "I just worry that somebody will shoot my dog or somebody else's, some kid's dog," said Zedler.

Zedler says she doesn't pay much attention to the legends, but even if they were true she doesn't understand why anyone would want to kill the creature. "If you saw Bigfoot, would you shoot him. I mean why are you shooting Bigfoot if you actually found one."

And, while her dog, Xoxo, may not be any "Bigfoot," Zedler isn't taking any chances.  She says she is dressing her dog in clothes so people will know it's a pet. But, whether the Mexican Hairless actually is the Chupacabra remains a mystery much like the legend itself.

Zedler says there is another breed that is very similar to the Mexican Hairless called the Peruvian Inca Orchid that is much larger and equally as rare. She believes the breed could also be mistaken for the infamous Chupacabra.