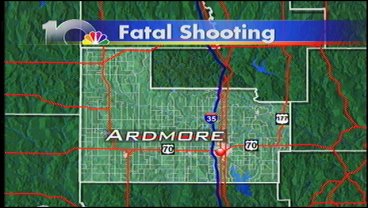 Police tell KTEN a passer-by noticed a man walking oddly in the 200 block of 9th Street Northwest around 1 a.m. Tuesday. When authorities arrived, they realized the man had suffered a gun shot wound. He was rushed to Mercy Memorial Hospital where he was pronounced dead an hour later.