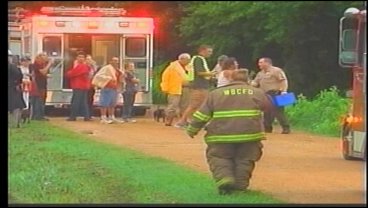 OKLAHOMA -- Oklahoma Highway Patrol Officers say a young girl drowned in the Willow Springs area Thursday around 7:00 P.M.  It happened just south of Highway 70 right before the Roosevelt bridge.  According to reports, several teenagers were playing in a drainage ditch when one of them was pulled under from the force of a flash flood.  Witnesses at the scene say the water rose so fast that the young women was swept into a culvert.  Attempts to save her by friends were unsuccessful.  The girl's name has not been released.