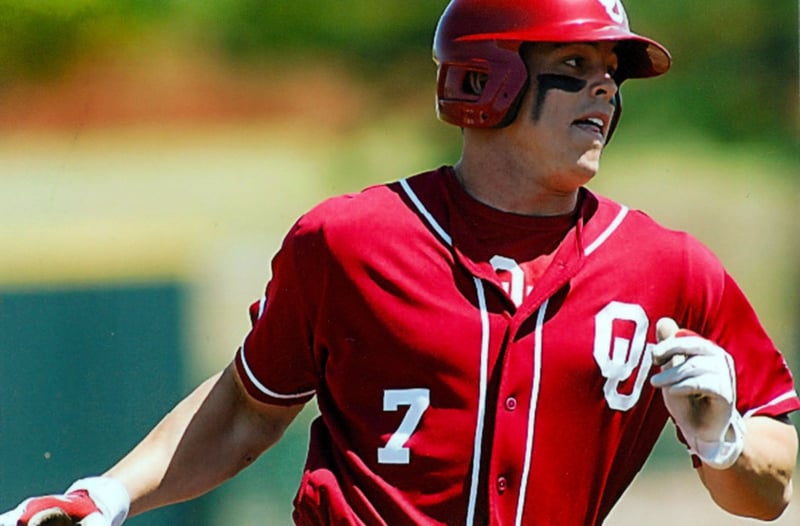 From the Choctaw Nation:

DURANT, Okla. – Oklahomans take pride in many things, and near the top of that list would be baseball and their University of Oklahoma Sooners. Max White, who just finished his freshman year at OU is an embodiment of this pride.

White, a 2009 graduate of Durant High School and member of the Choctaw Nation of Oklahoma, plays left field for the Sooners and just returned from an impressive display of talent in the College World Series. Though the Sooners did not take the series, much hype has been generated in their favor and White has been recognized as an athlete with great potential.

"It is surreal," stated White as he described his first year and the media spotlight. "I remember the first game I started, I was named the OG&E Player of the Game… I was interviewed live on TV and radio."

All this attention has not hit White just yet and he describes it as still not feeling real. "It will probably hit me when I get older," White said when describing the experience.

Given his exceptional play over the season, there is now speculation that he could be considered for professional baseball. White commented, "There is a great chance for pro ball… I don't care what team I would play for, getting to the show is everybody's dream." White's dreams of pro ball might just come true if he keeps up his success on the field.

Max is not the only White pleased with recent success. His mother, Kim White, says, "It has been an amazing ride… we never dreamed he would do so well so fast." As Sooner fans, the White family was very excited to see their son make the team and obtain a starting position. "Everything you wish for when you are a kid, he is living that," asserted Kim.

White works hard during practices as well as during games, he also works hard in the classroom. A lot of practice, hard work and hours on the road filled White's freshman year at one of Oklahoma's top universities, but he still managed to do well in his studies and pulled off 30 credit hours over the year while excelling in athletics.

White looks back on his experience on the team with fondness. "Its like we grew up together, nobody thought they were better than anybody," commented White as he described the Sooner baseball team. "We were a close team and that is what got us that far."

White is back in his hometown of Durant for the summer. "I was supposed to go to Cape Cod to play summer ball, but we went so far in the series that I couldn't," commented White. His plans for the summer have changed to "hitting the weights pretty hard" and getting some rest for next season.

Remembering the road to his success, White looks back on high school and remembers Coach Zach Crabtree as an inspiration to become the player he is. "He made me a better person before a player," said White regarding his former coach.

His advice to high school athletes looking to venture into collegiate athletics is, "Don't take the time you have in high school for granted. Work hard with that time and you will be taken by surprise with what you can do."