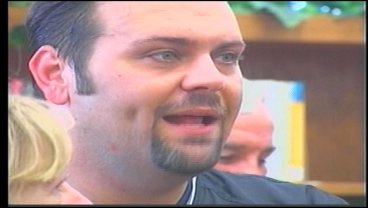 It was a packed house Monday night at the Lone Grove school board meeting.

Most of the people in attendance were waiting to hear the fate of Brian Gunter, the popular speech and debate coach.

During the meeting the board announced they were going into an executive session.

They left the library for about an hour as they discussed whether or not to hire a new coach.

When the board finally returned they voted to take action and hire Kim Ruble as the new speech and debate coach.

The meeting was quickly adjourned but parents demanded answers and the board, refused to comment.

But Mr. Gunter tells us he still doesn't know the reason behind the board's decision.

"They did mention once to me that I was not compliant," says Gunter. "There was nothing that deals with compliance right now."

Mr. Gunter says he feels the decision was personal.

"Yeah, I think it's a personal issue honestly and you know I've never been the type of person to go, "oh, they just don't like me" really I feel it's personal."

School board member Richard Cox did tell us this, "We have 100% confidence in the kids they are excellent and we support them 100%."

But outraged parents and students say that's not the case.

"As far as the board of education, I hope you sleep well tonight but you better be careful because next time, I doubt seriously, that you're going to be reelected," says Susan Blankenship. "If you're standing on behalf of our students, you've done a poor job."

Student Jacob Reynolds adds, "I don't think they made the decision for the right reasons. It would've been one thing if he'd have done something wrong, that he deserved to lose his contract for but he didn't."

For now, Gunter says he's not sure what his future plans are.

"I don't really have a choice yet. I have to have a job, my plans are up in the air."