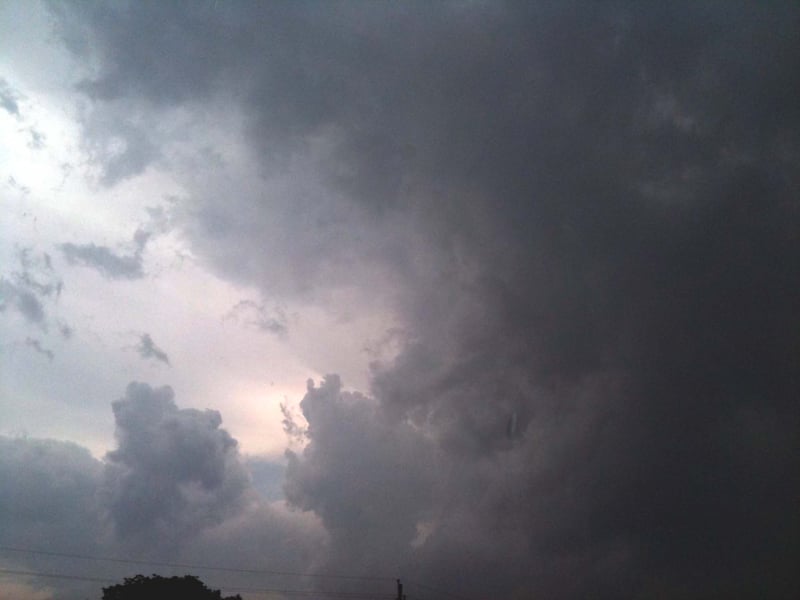 Heat-fueled storms began popping up early this afternoon on radar and by 1 p.m., a full-fledge storm came upon Van Alstyne, Texas. A transformer was struck by lightning and a power line draped across U.S. Highway 75. Power was out to much of that city for some time. In Denison, a transformer along Juanita Drive was hit and there were spotty power outages on the city's north side.

In the southern portion of Grayson County, dime-sized hail was reporter along with 50 mph winds. Standing water pooled along several roadways, and many minor accidents were reported around Texoma from hydroplaning cars.