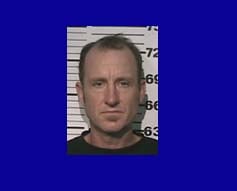 On June 17, 2010, a Grayson County jury sentenced Michael Stephan Taylor, 41, from Whitesboro, to ten years in prison on each of three counts of Sexual Assault of a Child and one count of Indecency with a Child by Sexual Contact. The sentences followed a three day trial in which the jury heard evidence that Taylor had engaged in a sexual relationship with a 15 year old girl during 2008 and 2009.

The case was investigated by the Grayson County Sheriff's Office, which received a report in September of 2009 from Taylor's ex-wife, that Taylor had entered to a relationship with the girl, who was the daughter of their neighbors. The ex-wife had secretly recorded a conversation with Michael Taylor in which he admitted to the relationship to her. When deputies spoke to the young girl, she initially admitted to the relationship, but later changed her story and denied any relationship had occurred. At trial, she told the jury that she had no sexual relationship with Taylor, but that she loved him and did not want him to be prosecuted.

"The jury obviously believed the girl did not tell the truth on the stand. What she originally told investigators, and several neighbors or friends was much more believable – and that was that Taylor had talked her into a sexual relation and they had been engaged in that for several months," said Grayson County District Attorney Joe Brown. "The law does not allow a child under17 to legally consent to a sexual relationship."

Following the trial, 397th District Court Judge Brian Gary, who presided over the trial, ordered that two of the sentences be served concurrently, and two of the sentences be served consecutively. "Taylor will have to serve, at a minimum, an actual calendar 10 years in prison," said Brown. "And it will likely be more. He has to serve a minimum of 5 years on the first two counts, be granted parole on those, and then he would have to begin serving the other two counts which the judge stacked, and those carry a minimum of 5 years before he is eligible on those charges."