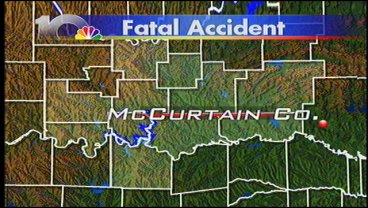 It happened about 11:30 this morning on State Highway 4 near Watson, Oklahoma.

Oklahoma highway patrol troopers say Elton Goodner of Garland, Texas was driving his motorcycle too fast when he came up on a curve and lost control. The bike flipped several times, throwing Goodner and his wife.

He was pronounced dead at the scene.

Elaine Goodner was taken to Mena Hospital in stable condition.