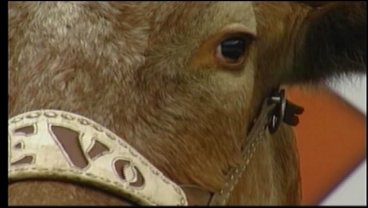 It's not a done deal yet - but it's close...the University of texas had a big press conference today. They essentially announce that this "new deal" for a new Big-12 includes enough television cash to satisfy the the "big gorilla" down in austin.   Not a day goes by without a little more drama - apparently when Colorado and Nebraska jumped ship - they had to pay the big-12 about $17 million dollars...Problem is -- OU, texas and Texas A&M got most of the money and everyone else was left hangin...the rich get richer.

It's interesting - when Roosevelt introduced his "New Deal" after the Great Depression - Some of those programs were declared "Unconstitutional" too.