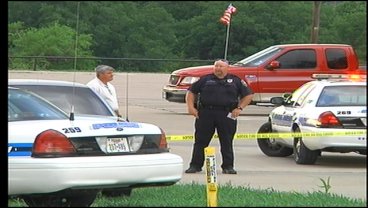 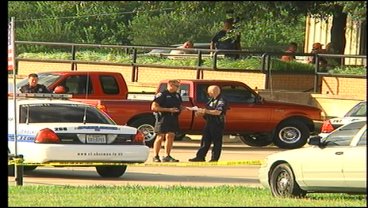 SHERMAN, TX-- A man allegedly walked into the Sherman Elks Lodge and shot and killed a woman.

It all happened about 6 PM. Witnesses say the man walked into the Elks Lodge, shot a woman and then waited for authorities to show up.

"We found that a female had been shot, and had been killed at this location," Lieutenant Bob Fair said. "We do have a male in custody. As for the reason to why this has taken place, that has not been determined. Detectives are inside right now talking to witnesses trying to figure out what exactly had taken place and what led to the shooting at this location."

Officers responded and have the suspect in custody. The man did not resist. Just across the street, friends and family gathered--waiting to see if their loved ones inside the Elk's Lodge were OK.

Meanwhile, the suspect's attorney was waiting too, trying to get the facts.

Names have not been released, however family and friends of witnesses say that the suspect was the victim's boyfriend.