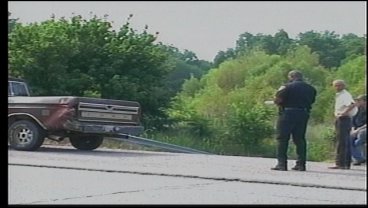 A Healdton man died this morning in a motorcycle accident. The motorcycle Matt Morgan was riding ran into the back of a pickup, stopped at a stop light.

Ardmore police say it happened around 9 a.m. at the intersection of Broadway and Michelin Road.

Morgan was the president of the American Iron Riders Association.