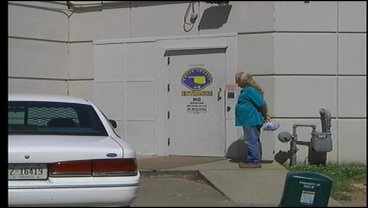 BRYAN COUNTY, OK -- Some changes are in the works for Bryan County's Jails. County leaders want to expand the main jail and close the auxiliary jail, but they say they need voter approval first. The good news is it won't cost taxpayers any more money. Deeda Payton has the details.

This isn't a new idea, county officials have been wanting to close the second jail for some time because of the economic drain on taxpayer dollars, but if voters approve their plan in November they will renovate the main jail and will no longer need the space the auxiliary jail provides.

Currently, Bryan County supports two jails: the main jail that connects to the courthouse and an auxiliary jail across from the Durant Police Department. County leaders agree, operating two jails is fiscally challenging and requires double the manpower. That's why they are offering a plan to voters this November that would support renovating the main jail to be able to house roughly 150 inmates so the auxiliary jail can be closed.

All voters have to do is approve changes to the way the county's sales tax is allocated so that it goes toward a loan for the main jail's renovation. The county will pay for jail operations out of the general fund. "Once this is completely done. I'm talking about this facility and the one where our sheriff's offices are now, everybody will come in here. Right now, we only got space in both jails for about 120. This one space will have space for 150," said Bryan County Sheriff, Bill Sturch.

Sheriff Sturch says it'll take about a year to a year and a half to complete during which time the auxiliary jail will stay open for inmate overflow, but as soon as it is complete they'll close the second jail for good.

If the reallocation of the sales tax is approved by voters in November, it would take effect in January of next year.