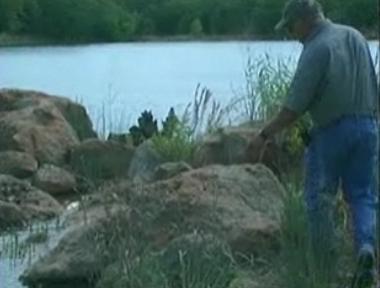 LAKE MURRAY, OK-- An update now on the large number of dead fish discovered along the shores of Lake Murray this past weekend where more than a hundred dead Sand Bass were scattered about, and complaints flooded in to Park Rangers from boaters and those using the Lake.

It turns out, the fish died as a result of a naturally-occurring bacteria, and since they were all of the same species game wardens are not worried about this spreading. Since the Sand Bass are coming out of their spawning period, the added strain of the infection was enough to kill off a large number.

"They became a little stressed from that activity, and a little more vulnerable to secondary infection from naturally occurring bacteria that's in the water. Occasionally we'll see a small amount die off, which is what we saw on Lake Murray," said Matt Mauck of the Oklahoma Department of Wildlife Preservation.

Mauck said this fish is not a biologically significant number and won't have an overall affect on the fish population at Lake Murray. This is an infection which has been seen before at Lake Texoma, he noted.