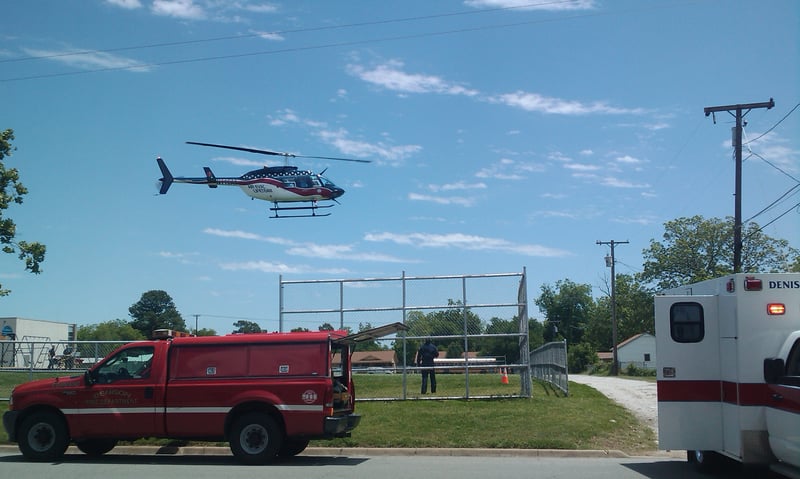 A 65 year old woman suffered what police believe is a self-inflicted gunshot wound shortly before 1 p.m. today, and a helicopter ambulance was called in to fly her to a Dallas hospital.

The helicopter ambulance drew a crowd of curious spectators as it landed at the playground of Denison's Houston Elementary School. The children were all inside during the transfer of the patient.

The woman was brought to the helicopter from a nearby home where the shooting occurred. Denison police are still investigating the shooting, whether it was intentional or accidental, and more details will be available later.