Reaction to the Closing of an Ardmore Elementary School - KTEN.com - Texoma news, weather and sports

Reaction to the Closing of an Ardmore Elementary School 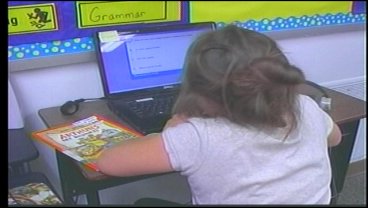 ARDMORE, OK- - It's been the talk of the town since Thursday night. The announcement that Franklin Elementary will close after this school year. The decision will save the district $480,000. But the sentimental value is priceless. Meredith Saldana visited the school and has reaction from the community.

Franklin's principal says when he heard they were closing he was shocked.

But he said, it's not the building that has made all the memories.

It's the people who've passed through it, the last 82-years.

News quickly spread across Ardmore that Franklin Elementary will be closing next month.

Parents we spoke to Friday, had mixed emotions.

Pam Sambrano, a parent of three says, "I knew why I moved here, why I own this house, it was for my kids to be able to go to school right there. And that's where I wanted them to be and I didn't have no choice."

We asked parent Jose Rivera if he supports the school districts decision, he said yes.

"Because the childs, they are first."

And it's bitter sweet for alumni who say they understand why the decision was made, but are sad that their elementary school will soon be no more.

Cindy Huddleston attended Franklin 40 years ago, "I remember going into the 1st grade, it seemed like the biggest building in the world. By the time I was in the 6th grade, it wasn't  nearly as big. But I have lots of fond memories of Franklin."

Principal Chris McMurray says, "You know 82 years is a long time to be an elementary school building. So it's probably time to think about retirement. But it has served our Ardmore community, particularly the northwest area, for a long time. And we have a lot of great tradition here at Franklin and of course those are the memories we'll leave behind."

Dr. Ruth Ann Carr told us that they're still not sure what will become of Franklin Elementary school building, next year.