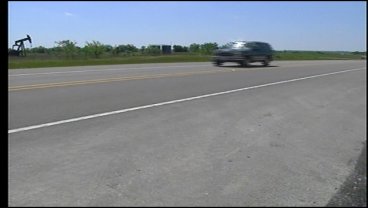 GRAYSON COUNTY, TX -- The Texas Transportation Commission is taking a closer look at road construction projects to prevent some contractors from collecting millions of dollars in bonus profits. Deeda Payton has more on the issue.

It's called "pass-thru financing" it's used with tolls, and it's a move that helped create the highway 289 extension.

We told you about it back in February. In order to get roads built, the Texas legislature approved what's called "pass-thru tolls." Instead of TXDOT paying for a new road, a local community borrows the money, assumes the financial risk, and builds the road.

If the company chosen to build the road comes in under budget, they get to keep the profits. That's what happened in the case of highway 289. In this case, the contractor hired got to keep millions of the windfall profits.

Now state officials say not so fast. They're looking at changing the rules and prohibiting those windfall profits for future projects in the state.

The Texas Transportation Commission is considering what percentages of over-run and under-run to renegotiate with contractors, so they don't end up with huge bonuses if the project comes in under budget and ahead of schedule.

The issue was Thursday's agenda for the commission in Austin but has been pushed back until May. We'll let you know what they decide.